Kysak has been located from the beginning at the crossroads, at the point where Hornád River changes its course to the south – at the place, which opens into the valley of Šariš, Abov and Spiš Regions.

Black Mountain (Slovak: Čierna hora) is a mountain range that forms the border with the Slovak Ore Mountains (Slovak: Slovenské rudohorie). It borders on the Košice Basin from the east, on the Šarišská vrchovina Highlands from the north and on the Branisko mountain range from the northwest. And it is at the heart of these hills, where Kysak is situated, where cultural, dialectical and confessional differences were mixed and the specifics inherent only in this village arose.

The village of Kysak was probably established after 1289. The 1289 document on the division of estate belonging to Peter from Drienov among his 5 sons, where the eldest son George received, inter alia, the territory of today’s Kysak, does not mention the municipality at that time. Kysak, because of its good location near Hornád River, became a favourite place of the lords of Drienov, so they built here a treatment in which they stayed more often than in their Castle of Drienov. Drienov was built as a defensive castle, thus not providing as much comfort as other castles at the time. Later they built a castle in Kysak, which later went to ruin and its walls collapsed. The first mention about this castle dates back to 1423. The cause of the dilapidated state of the castle was that the lords from Drienov died out and the new owners of the castle from Ploské and Žehňa had their own residences.

The confluence of Hornád River and Svinka River could wink a lot about the mighty Aba family, who controlled this region, about the other lords, about Matthias Corvinus, about the soldiers who waded through, about the Jiskra’s soldiers, Catholics and Evangelicals and their disputes, but also about rafters, ordinary people, pilgrims coming to sacred mountains to Malá Vieska and Obišovce. And later, vie the steel rails of this railway junction, the history of the whole nation passed through here. Sovereigns, statesmen, presidents, ministers, armies, as one can only imagine, passed through here, but also impoverished Jews on their way to Auschwitz hell. War and peace, dictatorship and freedom swept along these tracks. 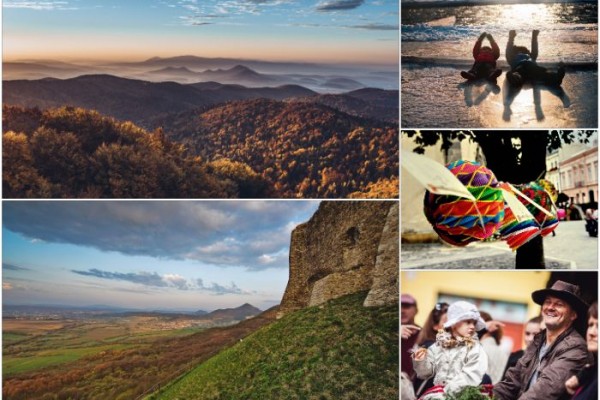